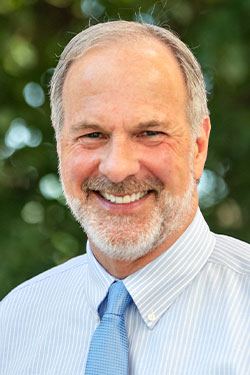 Patrick Reinhart, DHA, MSHA, MSN, BSN, RN, has joined the University of Lynchburg as Dean of the School of Nursing. He brought more than 20 years of experience  in planning, organizing, and directing overall hospital operations and educational organizations.

Prior to his appointment, Dr. Reinhart was Dean of the Cochran School of Nursing, which is a part of St. John Riverside Hospital in Yonkers, NY.  He also has served as Director of Nursing at San Joaquim Valley College and Director of Nursing, Accreditation, and Online Nursing Programs at Stanbridge University, both in California. he has served in leadership roles at several medical centers in California, Minnesota, Pennsylvania, and  Arizona.