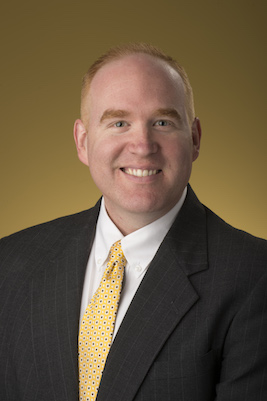 Preston, a professor of computing and software engineering and coordinator for Kennesaw State’s Center for Applied Gaming and Media Arts, has served as the College’s interim dean since 2016.

“Kennesaw State sought a dynamic, creative and visionary leader throughout this search process, and I truly believe that Dr. Preston has demonstrated those qualities since arriving in Marietta,” said Linda Noble, interim provost and vice president for academic affairs. “He has proven time and again to be a strong advocate for the College of Computing and Software Engineering, and we are thrilled to see what new heights our students and faculty can reach under his guidance.”

Preston brings more than 25 years of administrative leadership, teaching and research experience with the University System of Georgia to the role, having served on the faculties of the Georgia Institute of Technology, Clayton State University, Southern Polytechnic State University (SPSU) and Kennesaw State. He joined the former Southern Polytechnic, now Kennesaw State, in June 2008 as an associate professor and led SPSU’s computer game design and development degree program from 2009 to 2013.

Preston was a member of the KSU-SPSU Consolidation Implementation Committee from 2013 to 2015. Following consolidation, he served as the faculty executive assistant to the President from 2015 to 2016. Preston also chaired the Department of Computer Science and Software Engineering and was integral in the creation of KSU’s Department of Software Engineering and Game Development, of which he became chair in 2015.

“It is my distinct honor to continue serving the students, faculty and staff of the College of Computing and Software Engineering as dean,” Preston said. “I strongly believe that our college is filled with exceptional academic programs and a vibrant culture ripe with opportunity, and I’m delighted to contribute toward the success of it and the greater University.”

A respected scholar, Preston’s academic contributions include seven journal publications, 50 conference papers and 34 presentations. He has developed and taught courses in computer science, information technology and computer game design and development. Over the course of his career in academia, he has secured more than $1.75 million in grants, contracts and donations. Under his leadership, College of Computing and Software Engineering faculty have increased their research publications by more than 60 percent and have attracted more than $500,000 in federal-funded grants over the past year.