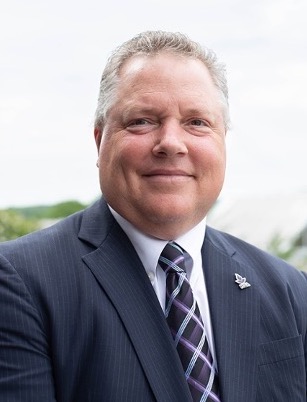 Jenks, who brings more than 20 years of teaching and higher education administrative experience to MGA, began his new position on July 1. As provost and vice president, Jenks heads up the Office of Academic Affairs, leads the University’s faculty, oversees the development and implementation of new academic initiatives, and preserves continuity and advancement of existing programs. The provost is the chief academic officer and serves as the University's chief executive in the absence of the president.

“We are delighted to welcome Dr. David Jenks as the University’s new provost and vice president for Academic Affairs,” said Dr. Christopher Blake, MGA president. “Dr. Jenks possesses the experience, qualifications and vision to lead our academic mission as a state university across the region and state and ensure our continuing excellence in academic reputation and outreach.”

He began his career in higher education in 1994 as a graduate teaching assistant at his alma mater, UNCC. He later accepted a similar position at another alma mater, FSU, before making the move to California State University, Los Angeles, to join the faculty of the School of Criminal Justice and Criminalistics. During his time there, he served leadership roles in the University Advising Center, University Judicial Affairs, and Law Enforcement Leadership, and in other programs or departments.

Jenks left the west coast in 2005 to join the faculty of the University of West Georgia, where he also held a number of leadership positions before becoming vice provost. He was director of Graduate Studies, Institutional Review Board chair, founding chair and professor of Criminology, and associate vice president of Academic Affairs.

“I am honored to join such a dynamic institution that values excellence and is committed to the success of all students,” he said. “The depth of knowledge, commitment to the mission, and the concern for students is impressive and are values I share. I spent the first few weeks visiting and learning more about our five campuses and the rich histories and traditions of the communities we serve and look forward to the fall semester.”

Originally from Ohio, Jenks has also lived in Hawaii, North Carolina, Florida, and California and has spent considerable time in the Czech Republic. He and his wife, Cathi, have two children.