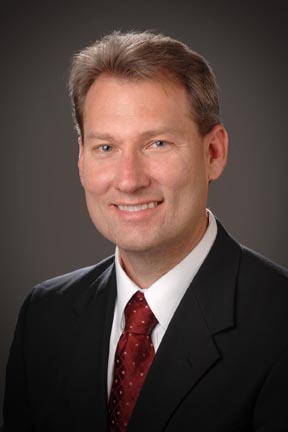 He is filling the position currently held by Dr. Wade Shaffer, who will be stepping into a full-time teaching role.

Terry joined WT in 1997. He has served as the dean of the Paul and Virginia Engler College of Business at West Texas A&M University since 2006 and helped lead the school to initial AACSB accreditation in 2012. He serves on the editorial board for the Journal of Education for Business and the Southwestern Economic Review.

“Dr. Terry has a strong passion for West Texas A&M University and a commitment to serving our students and our region. He has a vision for fulfilling WT 125: From the Panhandle to the World,” Wendler said, "I look forward to working with him."

“West Texas A&M University has been an important part of my life for many years, and I look forward to working with our outstanding students, faculty, and staff across campus in a new role,” Terry said.  “President Wendler has created an ambitious generational plan via WT 125,and I will do everything I can to support his vision for the University. I am confident that, together with the faculty, staff, and alumni, we can achieve great things.”

Terry and his wife, Anne, have been married for 23 years. They have a daughter, Hannah.