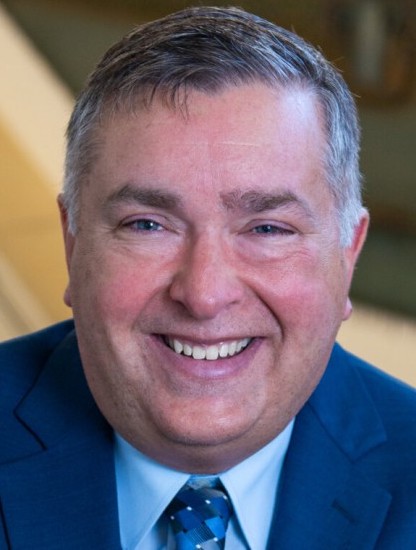 Concordia has selected the Rev. Terry Brandt as the vice president for Advancement. Brandt is currently the bishop of the Eastern North Dakota Synod of the Evangelical Lutheran Church in America, a position he has held since 2014. Previously, he was the associate to the bishop in that synod. Brandt will oversee all areas of the Advancement division, which includes alumni, annual giving, and development.

“I am delighted to announce Terry Brandt as Concordia’s new vice president of Advancement,” says William J. Craft, President of Concordia College. “Terry brings a strong record of achievement in strategic planning, fundraising, and mission fulfillment. As bishop of the Eastern North Dakota Synod, he framed the synod’s plan for embracing the opportunities of a diverse and changing church. He energized the culture of stewardship, designing new fundraising initiatives and leading grant-writing. We look forward to the skills and energy Terry will bring to his new role.”

Under Brandt’s guidance, the Eastern North Dakota synod saw major growth in its Endowment for Leaders, providing tuition grants and seminary debt relief for those called to rostered leadership in the ELCA. The synod also received the “Big Dream” grant to support its multi-ethnic initiatives and raised additional funds to support Native American, Sudanese, and Latinx worshipping communities.

“I am deeply honored to be appointed vice president of Advancement,” Brandt says. “I am energized and enthused to work with the faculty, staff, students, alumni, donors, and other community members as we continue to ‘influence the affairs of the world by sending into society thoughtful and informed men and women dedicated to the Christian life.’”

Brandt is a current member of the Concordia Board of Regents. He will step down from that role when he assumes the vice presidency on Jan. 15, 2020.