Lander University selects Jones as its next Provost and VPAA 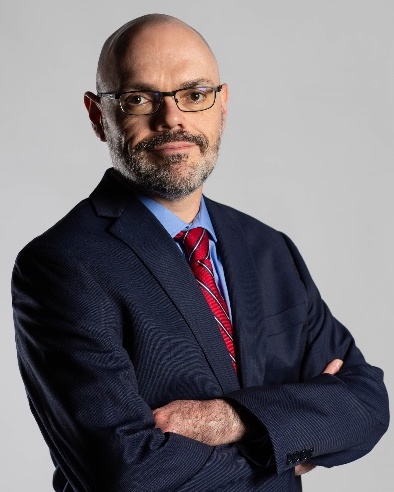 Lander University has announced the appointment of Dr. Scott L. Jones as the university’s next Provost and Vice President for Academic Affairs. Jones, who comes to Lander from Indiana University Kokomo, will begin his duties at Lander on January 7.

“In addition to being a well-respected academician, Dr. Scott Jones has been a key driver in the development of new academic programs and strategies, including online and graduate programs, which are two areas of priority at Lander,” said Lander University President Richard Cosentino. “His accomplishments in higher education are impressive, and I am excited to see how Dr. Jones will apply his expertise and experience to successfully lead our academic team at Lander University.”

With more than 28 years of experience in higher education, Jones was selected following an extensive national search that produced a pool of more than 200 candidates. Finalists for the position visited campus in November to meet with the university’s senior administration, faculty and other stakeholders.

“I am excited by the opportunity to join a university that is clearly on a strong trajectory of success,” said Jones, adding that he was drawn to Lander’s student-centered focus. “When I visited Lander, it was clear to me that the faculty and staff were extremely talented individuals who are deeply committed to the university's mission and vision. Everyone I met made it clear that Lander University is a special place that they are proud to be a part of.”

Jones has spent the past 16 years at Indiana University Kokomo, serving first as a member of the faculty before moving into administration. In addition to his current role as Associate Vice Chancellor for Academic Affairs, he is a tenured professor of English and was the founding dean of IU Kokomo’s School of Humanities and Social Sciences.

remove unnecessary barriers to student success. He also worked with the offices of Student Success and Advising, Admissions and the Registrar to develop, implement, improve and monitor academic policies and procedures.

“We worked to continually improve our academic programs, and students responded by enrolling in record numbers. And, not only did we enroll students – they succeeded,” he said.

Jones said he was particularly proud of his accomplishments as coordinator of IU Kokomo’s New Media Communication program, which he helped launch in 2005. “Many students have shared with me that this program enabled them to achieve more than they dreamed possible, opening up careers and lives that never would have been possible if not for the program,” he said.

Prior to IU Kokomo, Jones taught at Cornell University and at Purdue University, where he received both his master’s degree and Ph.D. in English. He earned a bachelor’s degree in economics and English from Illinois State University, and he is a graduate of Harvard’s Institute for Management and Leadership in Education and Indiana University’s Executive Leadership Institute.

A frequent publisher and presenter, Jones is an article reviewer for The Electronic Library, International Journal of Electronic Business, Technical Communication, and Journal of Business Communication. He is a member of numerous professional organizations and think tanks, including the Higher Learning Commission’s Accreditation Peer Review Team and the American Association of State Colleges and Universities (AASCU) Re-Imagining the First Year of College Initiative Team.

Jones said he is “looking forward to helping Lander University craft its next chapter of success.” “Public, regional, comprehensive universities like Lander are the heart of the U.S. higher education system,” he said. “They play vital roles in their communities and, as engines of prosperity and economic mobility, transform students’ lives.”