from the University of Arkansas at Pine Bluff website 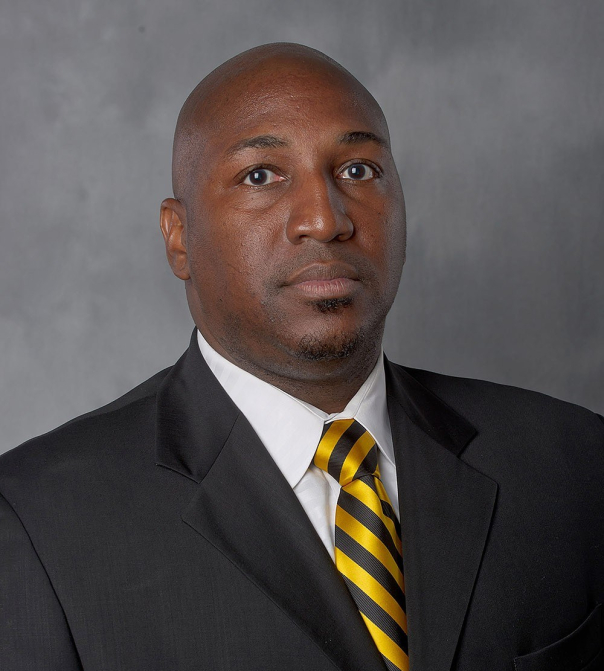 “Our process of selecting an athletics director involved a long list of candidates and several interview sessions with four finalists, all of whom were exceptional.” said Alexander. “Our choice of Mr. Hines is the right one for UAPB. He has a proven record of success in building winning programs, a commitment to high achievement, and the desire to see our student-athletes excel both on and off the fields and courts. Hines also brings a strategic vision to propel UAPB athletics to greater heights.”

At the announcement, Alexander thanked the 13-member search committee, comprised of UAPB cabinet members, faculty, staff, a member of the University of Arkansas System Board of Trustees, Pine Bluff business and community leaders, and the president of the national alumni association and the search consulting Myers McRae. Hines will officially begin as UAPB’s director of athletics Sept. 10.

While at Alabama State, Hines guided the athletics program through its most successful seasons, with four straight SWAC Commissioner’s Cup awards, and the women’s teams combined to win their fifth straight all-sports award in 2017. Alabama State teams also combined to win 10 SWAC divisional, league or tournament crowns during the 2016-2017 season. Hines also oversaw improvements to and the construction of multiple facilities at Alabama State, including a new football stadium, and football, baseball and softball complexes. During the 2016-17 academic year, Hines oversaw the improvement of the Academic Progress Rate (APR) which led to all athletic programs finishing above the threshold to avoid penalty for the first time in recent history.

“I am thrilled to join the Golden Lions nation,” Hines said. “UAPB already has several factors to help our student-athletes be stellar in competition on game day and in the classroom. I look forward to connecting with our exceptional student-athletes, faculty, coaches and staff on campus, along with our alumni, supporters and the Pine Bluff community.”

Hines received his Master of Science in Education with a concentration in sports administration from the University of Louisville and a Bachelor of Science in Adult Education from Auburn University. Hines began his career in intercollegiate athletics as an assistant football coach at Alabama A&M University and has held positions such as Associate Director of the Office of Student Athlete Academic Support at Ole Miss where he assisted in developing and implementing policies and procedures related to academic support and success of student-athletes. As a student-athlete at Auburn University, Hines was a member of two SEC championships.