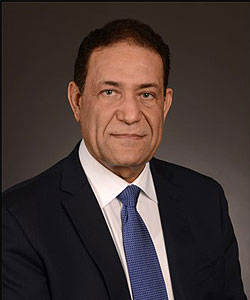 Lincoln Memorial University has announced the appointment of Ashraf Aly, Ph.D., to the position of Computer Science Program Director. He will hold the rank of Associate Professor at the Tennessee university.

Dr. Aly brings computer science experience in both higher education and industry. He has been an Assistant Professor of Computer Science at Moorhead State University in Kentucky since 2015. Over his career, he also has taught at Regis University, Alkawarizmi College, and the United Arab Emirates University. Prior to his career in higher education, he served 10 years in the software and hardware industry. His research interests focus on software engineering, networking, artificial intelligence, and bioinformatics, especially regarding the health effect of EMF radiation.

With a bachelor’s degree in Electrical and Computer Engineering from Cairo University, Dr. Aly earned a master’s degree in Computer Science from the University of Colorado at Denver. He received his Ph.D. in Computer science from the Universiti Teknologi Malaysia. His doctoral thesis was entitled “An Enhanced Image Processing Technique for White Blood Cell Segmentation and Tracking Using Active Contour and Topological Alignment.”