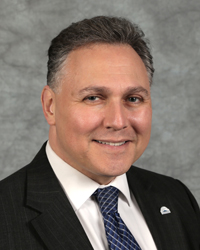 Piedmont College has appointed Daniel Silber, Ph.D., to serve as the Vice President for Academic Affairs. His work in higher education spans more than two decades, including 10 years in academic leadership roles.

Currently, he is the Vice President for Academic Affairs and Dean of the College at Culver-Stockton College in Missouri. In addition to his role as the college's chief academic officer, Dr. Silber teaches courses in philosophy and related areas.