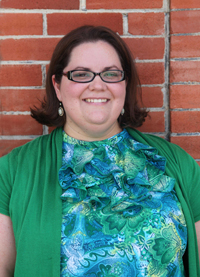 Alexia Riggs has been named dean of Wiggins Memorial Library. Riggs is the current dean of libraries at Howard Payne University in Brownwood, Texas, and she is scheduled to earn her Doctorate of Education in higher education from Texas A&M University-Commerce in May. She earned her Master of Library Science degree in 2009 from the University of North Texas and her Master of Divinity in 2007 at Hardin Simmons University.

“I am excited about the opportunity to serve Campbell University and work with the great team in the library,” Riggs said. “Libraries today are the keyholders to the past and future; they serve as community builders facilitating the growth of learning. Campbell’s library system is a testament to these ideals.”

At Howard Payne, Riggs said she built a “student-centered culture” by overseeing programming and adding space that promoted innovation and creativity. She also secured grants and reestablished HPU’s Friends of the Library program that raised more than $15,000 in three years. Additionally, Riggs was an adjunct professor at HPU’s School of Christian Studies for three years, teaching introductory courses on Old Testament and New Testament and developing a hybrid online course. In 2016, she was a consultant for Brown County Public Library in Brownwood.

Before becoming dean at HPU, Riggs served as reference librarian at Del Mar College from 2012-2014; technical services librarian at Paris Junior College from 2009-2012; government document librarian intern at Texas Christian University in 2009; and as a music library assistant at Hardin-Simmons from 2004-2005.

“Mrs. Riggs will bring a great set of credentials, as well as a wealth of experience, to our library operations at Campbell,” said Assistant Provost for Administration Borée Kwok, the former dean of Wiggins Memorial Library. “I am confident that under her able leadership, Campbell University Libraries will reach new heights.”