from the website of Middle Georgia State University (www.mga.edu) 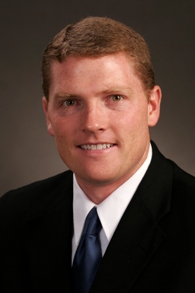 Dr. Jon Anderson, professor of Management and former deputy provost at the University of West Georgia, will join Middle Georgia State University (MGA) in the new year as provost and vice president for Academic Affairs.

Anderson, who has extensive administrative experience in higher education, will join the University on Jan. 8, 2018. His hiring was the result of a national search conducted by Myers McRae Executive Search and Consulting of Macon.

As provost, Anderson's duties will include leading the University’s faculty and staff of the Academic Division, overseeing the development and realization of new academic initiatives, and maintaining continuity and growth of existing programs. The provost is the chief academic officer and serves at the University's chief executive in the absence of the president.

"We are excited to have someone of Jon's experience join the University as provost," said Dr. Christopher Blake, MGA's president. "I am confident that he will provide the leadership we need to lead our academic strategy to fulfill our blended operation of a University mission with an access function."

He began his professional life in the financial services industry, working as a liability specialist in Utah before taking loan officer positions in the Atlanta area. He moved into education in 1999, becoming a Business teacher and coach at Bremen High School in Breman, Ga. After earning his Ph.D., Anderson joined the faculty of the University of West Georgia. In nearly 15 years of experience at the Carrollton, Ga.-based University, Anderson has served as associate dean and MBA director, assurance of learning coordinator for GeorgiaWebMBA, Southern Association of Colleges and Schools Commission on Colleges accreditation liaison, associate vice president for Academic Affairs, and deputy provost.

Anderson also serves on the Carroll County Board of Education, the last six years as chairman. He and his wife, Kristy Anderson, are the parents of seven children.

"Middle Georgia State is doing great work and I look forward to being part of the team," Anderson said. "There is so much potential there and I am very excited to get started."

Middle Georgia State University (MGA) serves about 7,400 students on campuses in Macon, Cochran, Dublin, Eastman, and Warner Robins. Students can choose from dozens of programs - including Business, Nursing, Information Technology, New Media and Communications, and Contemporary Musicianship - that lead to bachelor’s degrees. MGA also offers professional master’s degrees in Cybersecurity, Nursing, Management, and Secondary Education, with other graduate programs under development. The University is home to Georgia’s only public school of aviation - based on the Eastman campus - and a four-year degree in Flight. mga.edu